We have a great offer for all the brilliant Jake Bugg fans heading to his show later this month. 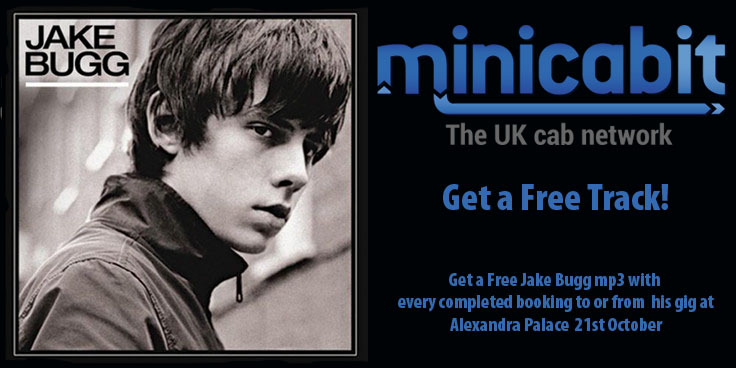 The offer is very simple! – Every customer who travels with minicabit, to or from his sold out show at Alexandra Palace, a free Jake Bugg track to download from iTunes.

His sold out gig on 21st October 2014 at the iconic Alexandra Palace will see Jake cover all of his best tracks from his 2013 release ‘Shangri La’ and his self-titled debut album in 2012. With one of the largest standing venues in London and an after-party til 1am this is one not to be missed.

To claim your free track follow these easy steps: