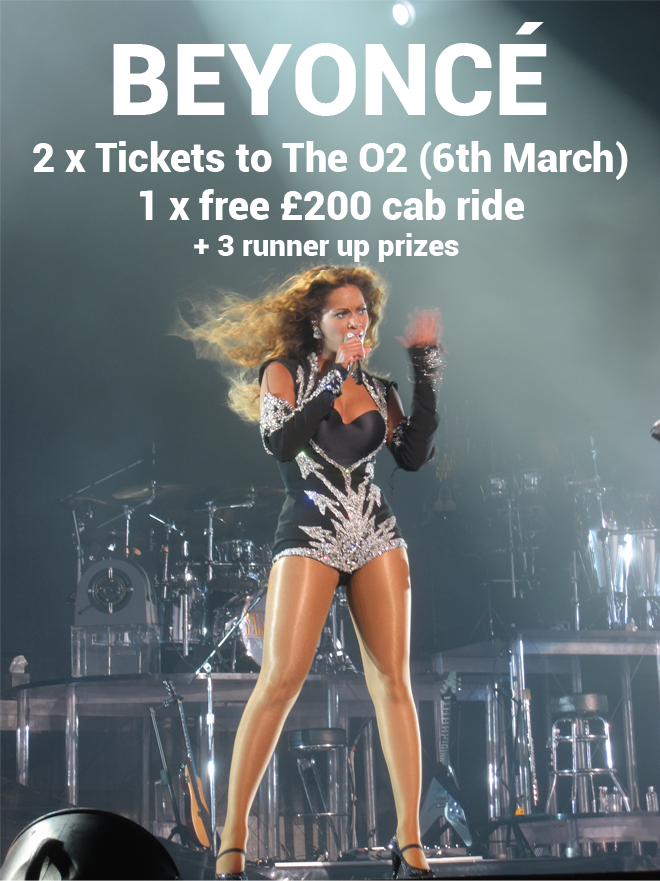 Multi award winning Beyonce hits the stage at The O2 Arena in London next week as part of her Mrs Carter Show Tour.  As partners with The O2 Arena we’ve managed to get our hands on two tickets to the 6th of March date.

To top the prize off we’re giving the lucky winner a cab ride to and/or from the concert up to the value of £200!

We are also giving away 3 runner up prizes of £30 cab rides which can be used at any time!

Entering the competition is super simple!