This is Amer, founder of minicabit, welcome. Perhaps by now you’ve seen minicabit and I on Dragons’ Den – what was a few minutes’ viewing for you has actually been a year in the making for me! It’s just the latest chapter in this mission my team and I are on to bring online cab booking to the masses across the UK. 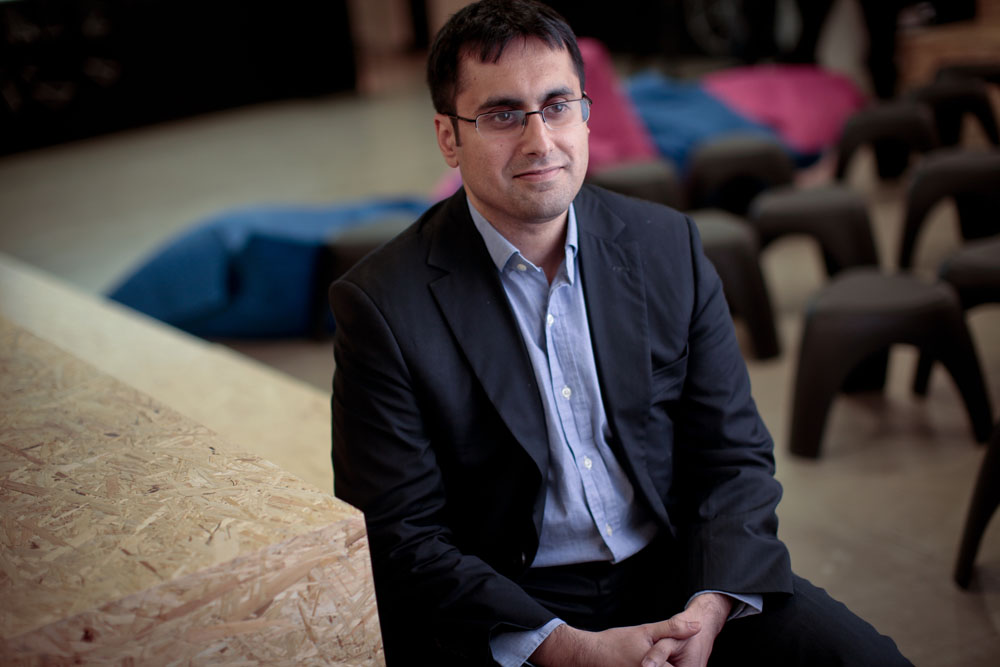 Like you, I’ve followed the TV show for years, cringing or hoping over every pitch, rejection or offer each week, thinking “I’d never go on there!” Then a year ago, we had an open day at the startup hub run by O2, the mobile operator, who had recently made a small investment in minicabit. A nice chap from the BBC approached me to go on the show having heard me tell mincabit’s story. Naturally, my first thoughts were “but I’m not looking for £1m for my inventive twist on a pencil sharpener”. Then I thought, would the Dragons go for a business that is rooted in mobile apps as well as the web? One that’s on a long term mission to offer the best customer experience, not just chase instant profitability?

Nudged on by the BBC guy, I went through their application process, never knowing if he thought I’d make for great car crash TV or a story with substance. When they finally gave me a filming date, it hit me that all this was for real! Straight away I treated it like a court session, thinking about every inch of the business to make my case. Days before filming, I was starting to think I had it in the bag when I realised…I had no bag, from which to throw out the pile of cab cards as part of my opening pitch! We couldn’t find a postal bag and so Chris in my team helpfully suggested I use a duvet cover, thinking no one will notice the difference (not one of his usual gems of ideas!). On top of that, I got some friends to practice some Q&A and I could see from their faces they thought I was going to be dragon dinner. At this point, I had a wobbly moment a couple of days before filming where second thoughts were creeping out. But I managed to get my head round the questions I might face, and once Chris finally found a postal bag (no questions asked), it was all systems go.

In fact, the night before filming, I was so ready to go that I barely slept an hour. All was fine until I reached the Dragons’ Den studio when suddenly drowsiness set in from lack of sleep. Facts and figures in my head started fading in and out, but then – an accidental miracle. Someone had handed me a coffee in a paper cup which I duly gulped…only to find it had been leaking small drops onto my brand new shirt and tie. To you and me, it would be barely noticeable but to the trained TV cameraman’s eye, it was almost toxic.

Then the studio staff instantly transformed into a SWAT team, working out an operation whereby my shirt and tie would be drycleaned in time for filming. This gave me time to have a quick power nap, after which I was totally recharged, facts and figures at the ready. So when those lift doors opened, (almost) all the nerves went away as I walked on, not with a duvet cover, but with a chance to talk about the mission that minicabit is on.

How was it in the Den? For those of you who are running your own businesses, you’ve no doubt had to face hardened investors/clients at some point. Well, it was a similar experience, but with everyone wearing TV makeup! The cameras were unobtrusive, and the staff couldn’t be more supportive. Ok, I came out pretty unscathed, but if one goes in the Den wanting to tell their story honestly and with substance, then you’ve got a better chance than not.

After that point, it was months’ of uncertainty as to if or when we’d go on the show. It was painful at times for all of us in the team to keep tight lipped about the whole thing amongst our friends and family, as was enduring suggestions such as “’Ere! Why don’t you go on that Dragons’ Den show?”

Has Dragons’ Den changed my life or minicabit? Of course, it’s too early too tell for me, but at least I can cross ‘appear on national TV show’ off my bucket list. As for my team, friends and family who’ve supported me all the way on my mission (you know who you are!), it’s probably yet another chapter that’s left them amusingly bemused…